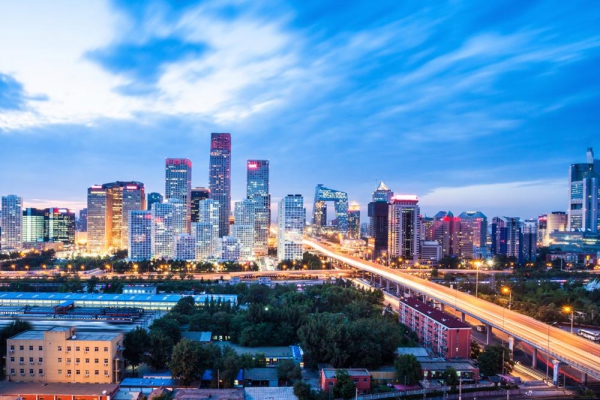 Driving in New York with traffic

Among New York City's documented population age 16 and above, nearly 57% currently have a valid New York State license based on the latest 2017 statistics.  ach state has the authority to set its own traffic laws and issue driving licenses, although these laws are largely the same, and licenses from other states are respected throughout the country. Most states require drivers to have vehicle insurance. An international driving license allows one to drive in the U.S for three months, after which a local driving license is required.

Americans drive on the right side of the road. There are numerous regulations on driving behavior, including speed limits, passing regulations, and seat belt requirements. Driving while intoxicated with alcohol is illegal in all U.S. jurisdictions. Most U.S. vehicles have a semi-automatic transmission; only 3.9 percent have a manual transmission.

The U.S. has an extensive system of highways, including the National Highway System began in the early 20th century and the Interstate Highway System planned in the 1950s. U.S. infrastructure and road rules tend to privilege cars over other road users such as cyclists and pedestrians. Cars and driving have been a major component of American culture, particularly since the 1950s. Congestion is oftentimes claimed to be a major problem in many American cities, wasting an estimated 4.2 billion hours and 2.8 billion U.S. gallons (11 million cubic meters) of fuel annually as of 2007, costing the U.S. economy $87.2 billion.The National Highway Traffic Safety Administration writes and enforces the Federal Motor Vehicle Safety Standards. In 2020, there were an estimated 38,680 traffic fatalities in the U.S. The U.S. traffic fatality rate was 1.1 per 100 million vehicle miles traveled as of 2019.

It is not uncommon for Americans to commute more than an hour each way to work via car, and 77% of Americans drive alone to their workplace, while an additional 11% carpool.[citation needed]

The mean traveled distance might depend on the age group: while the mean is 13,476 miles yearly (about 20 000 kilometers), it is only 4,785 miles (7500 kilometers) for 65+females, but can reach 18,858 miles (30 000 kilometers) for 35-54 males. After World War II, land developers began to buy land just outside the city limits of larger cities to build mass quantities of inexpensive tract houses. One of the first examples of planned suburbanization is Levittown, Pennsylvania. These suburbs were made possible by the car, and the suburbs made the car a necessity. By the end of the 1950s, one-third of Americans lived in the suburbs. Eleven of the United States's twelve largest cities recorded a declining population during the decade, with a consequent loss in tax revenues and city culture. Only Los Angeles, a center for the car culture, gained population.

Vehicle and Traffic Law code in the United States

Although each state sets its own traffic laws, most laws are the same or similar throughout the country. Traffic is required to keep to the right, known as a right-hand traffic pattern. The exception is the US Virgin Islands, where people drive on the left.Most states in the United States enforce priority to the right at uncontrolled intersections, where motorists must yield to the right. The main US specificities compared to foreign rules includes some specific US rules:

Overtaking, usually called "passing", is legal on all four or more lane roads and on most two-lane roads with sufficient sight distance. On two-lane roads, one must pass to the left of the overtaken vehicle unless that vehicle is preparing to make a left turn, in which case the vehicle must be passed on the right. Passing on the left means that the overtaking vehicle must enter the oncoming lane. This should only be done in a legal passing zone, designated by either a dashed yellow center-line (indicating that passing is legal in both directions) or a solid line paired with a dashed line (indicating that passing is only legal for traffic adjacent to the broken line). A solid double yellow line indicates that passing is illegal in both directions.

The Interstate highway system is the largest national controlled-access highway network in the world. 49 states and the District of Columbia have passed laws requiring seat belt use by at least all occupants of the front seat. New Hampshire is the only state with no such requirement for adults (anyone under eighteen must use a seat belt).

Drunk driving is driving a motor vehicle while under the influence of alcohol, drugs, or both, to the degree that mental and motor skills are impaired. It is illegal in all jurisdictions within the U.S. The specific criminal offense is usually called driving under the influence [of alcohol or other drugs] (DUI), and in some states driving while intoxicated (DWI), operating while impaired (OWI), or operating a vehicle under the influence (OVI). Such laws may also apply to boating or flying an aircraft. This applies to all vehicles, which can include farm machinery and horse-drawn carriages.

In the United States, the National Highway Traffic Safety Administration (NHTSA) estimates that 17,941 people died in 2006 in alcohol-related collisions, representing 40% of total traffic deaths in the United States. NHTSA states 275,000 were injured in alcohol-related accidents in 2003. The Bureau of Justice Statistics estimated that in 1996, local law enforcement agencies made 1,467,300 arrests nationwide for driving under the influence of alcohol, compared to 1,900,000 such arrests during the peak year in 1983. The arrest rate for alcohol-related offenses among American Indians was more than double that for the total population during 1996, and almost 4 in 10 American Indians held in local jails had been charged with a public order offense, most commonly driving while intoxicated. In 1997, an estimated 513,200 DWI offenders were under correctional supervision, down from 593,000 in 1990 and up from 270,100 in 1986. The most at risk are the younger people. In 2015, drivers with a BAC of 0.08% or higher are involved in a fatal crash; three in 10 were between 21 and 24 years old (28%).

NHTSA defines fatal collisions as "alcohol-related" if they believe the driver, a passenger, or non-motorists (such as a pedestrian or pedal cyclist) had a blood alcohol content (BAC) of 0.01 or greater. NHTSA defines nonfatal collisions as alcohol-related if the accident report indicates evidence of alcohol present. NHTSA specifically notes that alcohol-related does not necessarily mean a driver or non-occupant was tested for alcohol and that the term does not indicate a collision or fatality was caused by the presence of alcohol.[21] On average, about 60% of the BAC values are missing or unknown. To analyze what they believe is the complete data, statisticians simulate BAC information. Drivers with a BAC of 0.10 are 6 to 12 times more likely to get into a fatal crash or injury than drivers with no alcohol.

To convey the message immediately, the roadway signs in the US use symbols rather than words. The use of symbols is not bothered by any language barriers and can be instant communication for drivers and pedestrians in order to manage transportation and traffic safety. According to Federal Highway Administration, it states “the color of roadway signs is an important indicator of the information they contain. The use of red on signs is limited to stop, yield, and prohibition signs. A white background indicates a regulatory sign; yellow conveys a general warning message; green shows permitted traffic movements or directional guidance; fluorescent yellow/green indicates pedestrian crossings and school zones; orange is used for warning and guidance in roadway work zones; coral is used for incident management signs; blue indicates road user services, tourist information, and evacuation routes; and brown is for guidance to sites of public recreation or cultural interest. Sign shape can also alert roadway users to the type of information displayed on a sign. Traffic regulations are conveyed in signs that are rectangular with the longer direction vertical or square. Additional regulatory signs are octagons for stop and inverted triangles for yield. Diamond-shaped signs signify warnings. Rectangular signs with a longer direction horizontal provide guidance information. Pentagons indicate school zones. A circular sign warns of a railroad crossing."